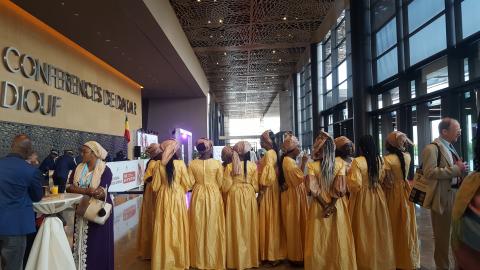 On the 15th of April at 4.15 pm the 7th MIM conference started at the Centre International de Conferences Abdou Diouf (CICAD) in Dakar, Senegal. Local musicians entertained the conference participants and created a pleasant atmosphere.

Representatives of the MIM organising committee opened the event and invited nine leaders of national and international partner institutions on stage. The government of Senegal was well represented and the President was invited to launch the event.

The very first MIM conference was organised in 1997 in Dakar. Now, 6 MIM conferences and two decades later, the conference is back in Dakar. MIM aims to support the exchange of quality research, training and capacity building across malaria-endemic countries in Africa. The conference has grown to become the largest malaria conference on the continent and this year supported 200 African students with Travel Awards to enable them to attend the event.

Mrs. Rose Leke, Emeritus professor at the University of Yaoundé – Cameroon, presented a brief overview of the history of MIM.  Prof Harold Varmus, who received the Nobel Prize Physiology or Medicine in 1989, is one of the founding members of MIM. He gave a presentation about the “spirit of Dakar”. Even though he is not a malaria scientist himself, he was convinced of the urge to create an African alliance to combat malaria. And now 20 years later he is looking forward to hearing all about the achievements of the past two decades. 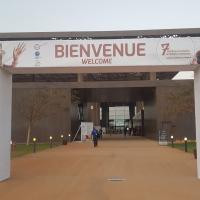