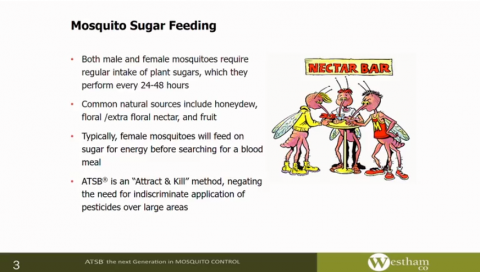 Session 2 of the 66th annual meeting focused on new tools for malaria vector control. All the presentations strongly emphasized the need for new tools to combat issues of resistance to currently available methods, and presented exciting alternatives in development that could make a difference in the near future.

Sarah Rees from Innovative Vector Control Consortium (IVCC) in Liverpool, UK, presented IVCC’s development pipeline. IVCC is working with partners to develop a range of sustainable vector control products including novel insecticides and attractive targeted sugar baits. She shared insight into the process and challenges involved in the formulation and manufacturing of new chemical vector control products. She also mentioned Clothianidin and Chlorfenapyr, two exciting new chemicals that “begin to give us opportunities for insecticide resistance management”.

Susanne Stutz from BASF, Germany, spoke about Second generation LLINs to control resistant mosquitoes - Interceptor G2. Their work is focused on the combination of the new active ingredient Chlorfenapyr with the existing pyrethroid alphacypermethrin to create a new generation of “dual” long lasting insecticidal nets (LLINs). Chlorfenapyr is non-neurotoxic, it disrupts energy generation in the mitochondria. Suzanne also discussed some of the experimental challenges when testing novel insecticides. Hut studies have produced promising results and a WHO recommendation is currently being sought for it.

Amir Galili from Westham Co, in Tel Aviv, Israel, presented The development of a new tool for vector control: Attractive Targeted Sugar Bait (ATSB). ATSB is an "attract and kill" method for vector control. Amir’s presentation focussed on the challenges in developing a novel tool, which doesn't follow the mold of other types of tools. The ATSB under development comprises a combination of fruit extract and volatile semiochemicals to first attract the mosquitoes; the active ingredient Dinotefuran to kill the mosquitoes; all delivered in a flat bait-station that can be hung on a wall. Bait stations were prototyped and tested in Mali with the University of Bamako and support from IVCC. 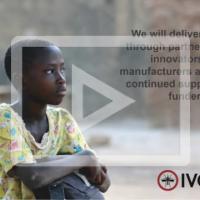 ASTMH 2017, Sarah Rees: "The Renaissance of the development pipeline for vector control tools: Preparing for Deployment" 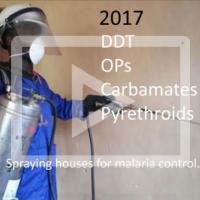 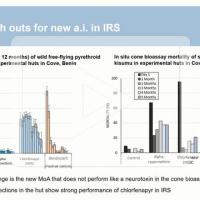 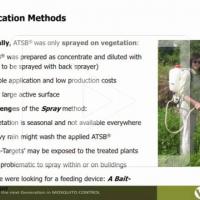