This talk forms part of the Scientific Session on 'Malaria Elimination' at ASTMH. Achieving country-wide elimination of malaria requires the cessation of local transmission caused by imported malaria. Swaziland, a sub-Saharan country that has worked towards malaria elimination for over a decade, has brought local transmission down to extremely low levels. As Swaziland makes further progress towards elimination, the methods and metrics typically used to assess the risk of local transmission initiated from imported malaria become inadequate. Additionally, independent of method or metric, accurate accounting of both local and imported cases becomes ever more critical as the relative weight carried by each individual case increases. To both assess transmission dynamics in a low-transmission setting such as Swaziland, as well as evaluate surveillance efforts, we developed algorithms to estimate malaria transmission chains. Using comprehensive case data from 2010 through 2013, these estimated chains - based on identifying likely causal links between successive cases through the use of spatio-temporal kernels - provided insight on the frequency and length of chains of local transmission. By identifying secondary cases that appear to have no likely primary case we catalogue likely gaps in surveillance. Our analysis suggests than most locally acquired cases were caused by a few imported cases and that most imported cases resulted in no extended local transmission. Further, we highlight regions in space where local transmission chains appear to be longest. Our results suggest these regions would benefit from more systematic control and surveillance efforts to identify and curtail extended local transmission in the future. 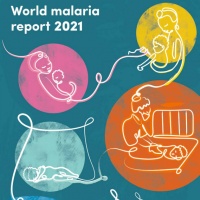 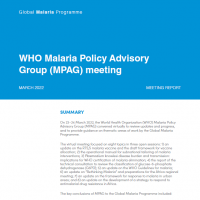