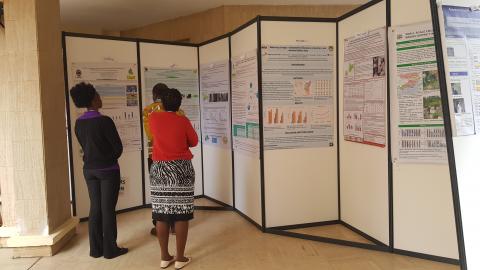 To close the gap between communities and their rightful access to healthcare, Brian Gitta (ThinkIT Limited, Uganda) presented Matibabu, an innovative medically non-invasive, cost-effective device for malaria diagnosis that detects malaria in 2 minutes. Matibabu can also assist in disease surveillance management. The prototype has been developed based on users experience.

Dr Bonventure Savadogo (Swiss TPH) discussed the burden of neglected tropical diseases (NTDs) that affect sub-Saharan Africa and the control approaches used in central Africa. He described the achievements in NTD control/elimination so far and highlighted significant achievements made in the control of Human African trypanosomiasis (HAT) and soil-transmitted helminths. He mentioned the shortage of donor funding as a significant challenge towards control and elimination of these diseases. The Swiss TPH recently started a project in collaboration with the Organisation de Coordination pour la lutte contre les Endémies en Afrique Centrale (OCEAC) to promote in-country control/elimination of NTDs through capacity building whereby PhD students are trained by experts.

Symposium 2: Strengthening the role of women in the control of vector-borne diseases

The chair of this session, Dr Damaris Matoke (KEMRI, Kenya) started an open dialogue on gaps and barriers that limit the participation of women in the control of VBDs. Dr Theresia Nkya (icipe, Kenya) opened the floor and shared her personal experiences in the field of vector control research in Africa. She mentioned some of the nicknames she was assigned as a woman in vector control to illustrate the challenges that women face. Even though Dr Matoke indicated that the number of African women holding leadership positions in vector control remains very low, she stressed that women have strong skills and capabilities. Hence, "If you want to get the job done, get a woman to do it." Afterwards, the participants were treated to a "Fireside chat" between Ms Emma Orefuwa (PAMCA co-founder) and Dr Silas Majambere (Director of Scientific Operations, PAMCA secretariat). As the only woman in the PAMCA board for the ten past years, Emma took us on her challenging PAMCA journey. Dr Damaris Matoke (KEMRI, Kenya) gave an overview of the dynamic pre-conference workshop on Women in Vector Control (WIVC). She emphasized how mentorship is the "key" to breaking barriers for women in vector control. This symposium ended with a panel discussion about the role of men in supporting women in research. This discussion was spearheaded by Dr Neil Lobo (University of Notre-dame, France) and Ms Emma Orefuwa. 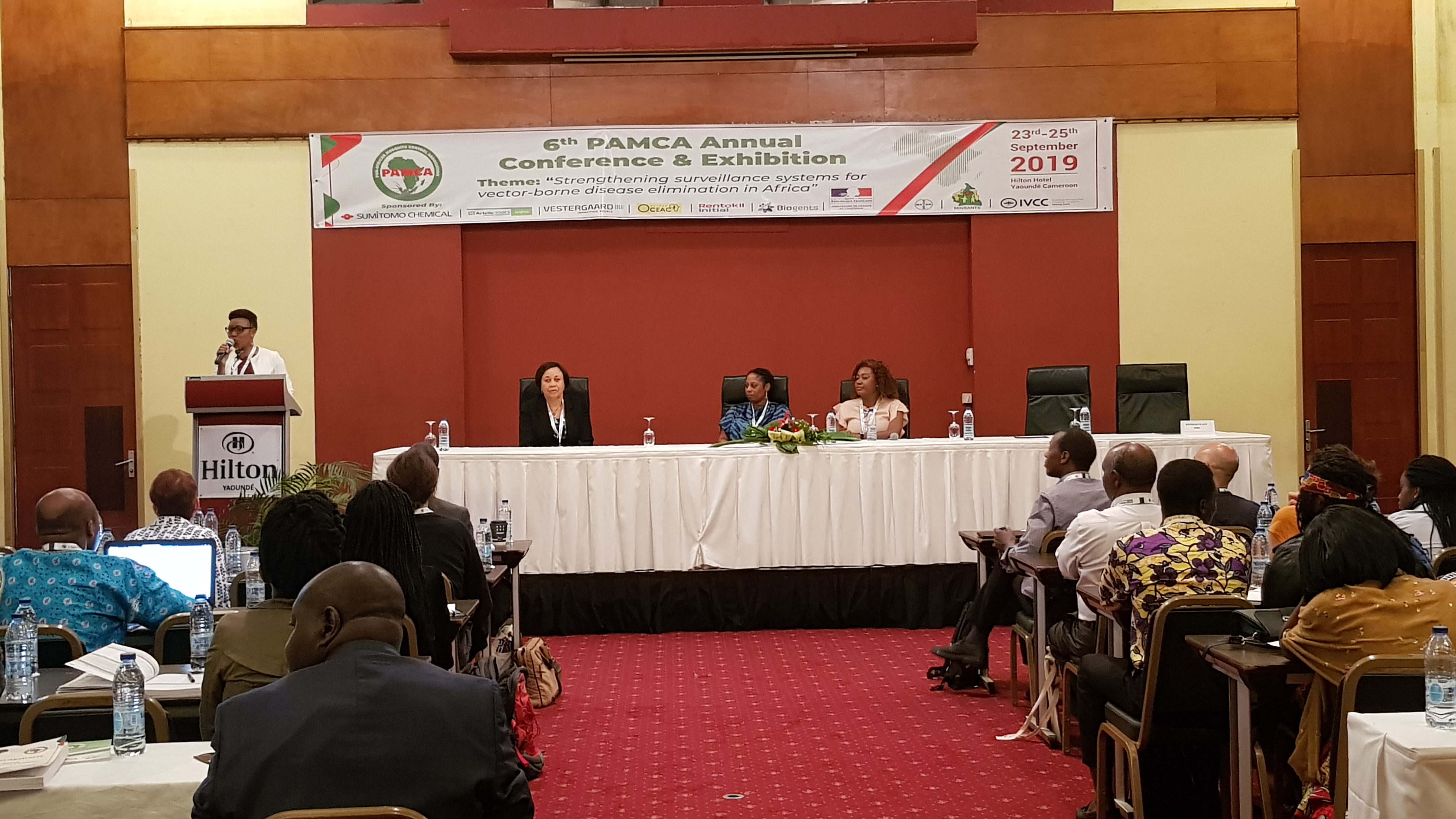 The Target Malaria’s insectary and field entomology preparedness in Burkina Faso, Mali, and Uganda were the focus of this symposium. Prof Frederic Tripet (Keele University, UK) introduced the symposium by briefly describing the Target malaria project, its objectives and the stakeholders involved.

Dr Jonathan Kayondo (Target Malaria, Uganda Virus Research Unit (UVRI)) discussed the construction of a new arthropod containment level 2 (ACL-2) facility. The technology and development processes associated with genetically modified (GM) mosquito research need to take place in appropriate contained laboratories. The work in Uganda is still in its early stages, and there is a need to establish good practices. The new insectary incorporates a series of barriers that prevent mosquitoes from escaping. Appropriate cages, double closing doors, access restrictions, sealed windows, modified sinks and drains to prevent the escape of eggs; and the monitoring of escaping insects are all requirements of an ACL-2 facility.

Prof Tripet described Target malaria’s stepwise approach to improve the release of genetically modified male mosquitoes. He highlighted the value of mark-release recaptures as a method to estimate the impact and improve the design and processes of future field releases.

Dr Florian Noulin (Keele University, UK) gave a presentation about the development of medium-throughput assays for post-release monitoring of GM mosquitoes. Individual and manual techniques can take a lot of time, and a more efficient technique is needed. Dr Noulin discussed several methods to speed up the analysis, such as pooling mosquitoes, novel mosquito grinding methods and loop-mediated isothermal amplification (LAMP).

Carmène S. Ngadjeu (OCEAC, University of Yaoundé 1, Cameroon) assessed how improved houses could limit the human-mosquito contact and help to reduce disease transmission. She suggested that the promotion of improved housing needs to be integrated into the malaria control strategy of the city of Yaoundé. Piameu Michael (OCEAC, Cameroon) delivered a talk on the LabDisk diagnostic tool – an automated, cost-effective diagnostic platform for improving vector surveillance. Validation of the tool is currently on-going in four African countries: Cameroon, Ethiopia, Zambia, and Ivory-coast.

John Lucas (Sumitomo Chemical Company) encouraged the use of Sumishield 50WG, prequalified by WHO in 2017, as a new insecticide for IRS. Sumishield is currently being used extensively throughout Africa, and studies indicate widespread field susceptibility against Anopheles mosquitoes. Michael Coleman (Liverpool School of Tropical Medicine, UK) gave a presentation on the development of a handheld device for quality assurance of IRS. This tool is yet to undergo a final field validation.

Yacouba Poumachu (OCEAC, Cameroon) described how a genetic sexing strain (GSS) has helped the mass production of An. arabiensis. Cytogenetics investigation of this strain is needed before the implementation of large-scale sterile insect technique (IST) programmes. The presentation by Elijah Juma (University of Illinois, US) focused on the impact of pesticides on the gut microbiota of mosquitoes (Culex pipiens L.). He discussed promising results showing that mosquito bacterial community composition is influenced by mosquito life stages and the immediate environment, but not by pesticide treatments.

Elias Miyituma (Rwanda Biomedical Center, Rwanda) explained that in the project study sites in Rwanda, An. arabiensis was the dominant species in the IRS sites because of its preference to feed on cattle rather than on humans. On the other hand, An. gambiae was found to be the primary vector in sites where IRS was not deployed. In areas where An. arabiensis is becoming the dominant malaria vector, regular treatment of cattle with insecticides could provide additional protection against malaria.

Parallel session 5: Adopting the One Health approach – breaking down silos

Ellie Sherrard-Smith (Imperial College, UK) presented about the benefits of larval source management for pyrethroid resistance. She also described the role of community engagement programmes that encourage environmental management to reduce mosquito populations. She further gave an account of how this method was successful in eliminating malaria in large parts of the world in the past. Tovi Lehmann (National Institutes of Health, NIH, USA) gave a presentation about the potential role of long-distance windborne vector migration in the spread of arboviruses. He reported a study where insects flying between 40 and 290m above ground level were sampled using sticky traps attached to helium balloons. The results suggested mean nightly migrations of up to 300km for 9-hour flight durations. The findings of this study have important implications for control and sampling methods.

Miss Fatou Fofana (RHD-LRR, The Gambia) talked about schistosomiasis, an acute and chronic disease. Common control methods include mass drug administration, health education, and environmental sanitation. Fofana summarised the prevalence of schistosomiasis in Minna community, Jarra central district in the Gambia before and after a health education campaign in 2014. Rousseau Djouaka (University of Abomey, Benin) described a study about the link between agriculture and malaria transmission. His results show that λ-Cyhalothrin, a widely used insecticide by farmers in Benin, degrades in the environment and does not play a significant role in resistance selection in An. coluzzii populations. Additionally, copper residues present in breeding sites may be correlated with insecticide resistance evolution of malaria vectors.

Richard Oxborough (Abt Associates, USA)  presented on behalf of Francis Wat’senga (Institut National de Recherche Biomédicale, DR Congo). He presented results from a nationwide study about pyrethroid resistance in mosquito populations at 11 study sites in DRC. Moderate and high-intensity resistance was recorded in several provinces using the WHO tube tests and CDC bottle assays. A widespread pyrethroid resistance to all the three pyrethroids (deltamethrin, alpha-cypermethrin, and permethrin) that are used on LLINs in DRC was reported. He recommended the use of next-generation nets (PBO or bi-treated nets) in DRC as an alternative to the pyrethroid insecticides.

This symposium focused on innovation in vector control tools and approaches for both Anopheles and Aedes control. Early findings of the scaling-up of new tools and the respective decision-making processes for malaria programs were also discussed.

Derric Nimmo (Innovative Vector Control Consortium, IVCC, UK) kicked off the symposium by explaining the role of IVCC as a product development partnership that helps companies and other innovators to the deliver and develop novel insecticides and tools for vector control. He discussed several novel vector control tools, expressing a particular interest in attractive targeted sugar baits (ATSB) with reference to a multi-country trial currently taking place in sub-Saharan Africa. Ingrid Etoke (IVCC, UK) presented the New Nets Project, a partnership that aims to accelerate access to next-generation nets that use novel active ingredients. Access to these new resistance-breaking LLINs can be restricted by insufficient evidence to support policy recommendations and a lack of evidence on cost-effectiveness. Derric Nimmo described 2 cluster-randomized trials in Tanzania and Benin assessing three novel LLINs, with hut trials taking place alongside to establish entomological surrogates. Datasets from these trials will feed into a broader analysis of the cost-effectiveness of dual LLINs.

Lina Finda (Ifakara Health Institute, Tanzania) discussed the potential of eave ribbons as a complementary vector control intervention for low-income households. There are many cases in which IRS and LLINs are not sufficient for elimination. Ribbons are soaked in transfluthrin and placed in the eave spaces. Finda presented the results of an enclosed semi-field system study that indicated the potential for eave ribbons to protect against both indoor and outdoor malaria vectors.

In Africa lack of capacity to respond timely and effectively to increased VBD transmission is a major factor that aggravates the threat posed by these diseases.

Kevin O. Opondo (Medical Research Council Unit, London School of Hygiene and Tropical Medicine, The Gambia) gave a talk (on behalf of Fredros Okumu, IHI Tanzania) on ten barriers and ten practices for creating a productive ecosystem to support early-career health researchers in Africa. "Research leaders and administrators have the duty to create an enabling environment for early-career scientists so that they can effectively address priority health needs on a sustainable basis". Abdoulaye Diabate (IRSS, Burkina Faso) spoke about how to enhance entomological research capacity in sub-Saharan Africa. He also provided an overview of the future prospects of the ITECH-MTV Center of Excellence (ACE) in Burkina Faso. The final presentation was by Chadwick H. Sikaala and Lesley-Anne van Wyk (SADC Malaria Elimination 8 Secretariat). The duo gave an overview of the E8 Entomology Fellowship, a 5-steps program meant to equip young scientists from the southern African region with the dexterity to effectively support malaria control programs. Two of the E8 fellows also shared their personal experience on the dividends of participating in the fellowship.

This report is brought to you by the MESA Correspondents Nathalie Amvongo Adija (Institute of Medical Research and Medicinal Plants Studies, Cameroon), Joanna Furnival-Adams (Liverpool School of Tropical Medicine, UK), Trizah Koyi (International Centre of Insect Physiology and Ecology, Kenya) and Teresia Njoroge (University of Illinois at Urbana-Champaign, USA) with mentoring and editorial support from MESA and MalariaWorld. Senior editorial support has been facilitated by Elijah Juma & Silas Majambere from PAMCA. This report is cross-posted on the MESA Website and on MalariaWorld. 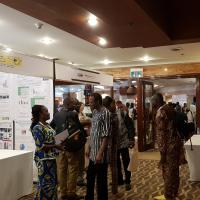 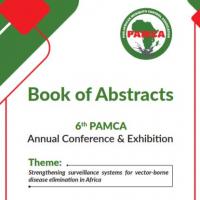