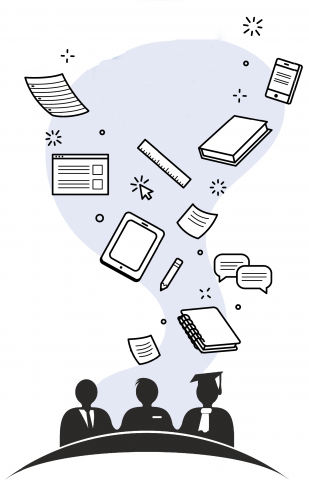 ICREA Prof Hernando A. del Portillo studied molecular aspects of parasites at the University of Georgia, USA, where he received his PhD, followed by two WHO postdoctoral trainings at the New York University Medical Centre (USA) and the Institut Pasteur (France) where he specialized in molecular biology of malaria parasites. Since then, he has pursued molecular studies in Plasmodium vivax malaria to unveil the mechanisms of virulence and to develop rational control strategies in different institutions.

Q: Could you please tell us about you and the focus of your current research?

Hernando A. del Portillo (HAP): I am a molecular biologist by training, interested in host-parasite interactions and with a focus in Plasmodium vivax malaria. Cornerstones of my research activities are the discovery of the largest subtelomeric multigene variant family of this human malaria, the vir gene family, involved in cytoadherence and hence pathology and the discovery that extracellular vesicles released by reticulocytes during infections contain parasite proteins and are able to modulate the immune response during infections. Currently, together with Dr. Carmen Fernandez-Becerra, Co-Principal Investigator of the group and with whom I brought the P. vivax research program to ISGlobal in 2007, we are studying the role of extracellular vesicles as intercellular communicators between the bone marrow and the spleen during vivax malaria infections. Such studies are bringing the attention of non-hypnozoite cryptic infections in these organs and are revealing molecular insights of anemia and splenomegaly, two major clinical syndromes in this species. To translate this research and hopefully reach impact, we are also studying the use of extracellular vesicles as novel biomarkers of latent liver infections using microfluidics and humanized mouse models and as novel vaccines against asexual blood stages of P. vivax.

Q: In the past, P. vivax malaria was considered benign, this perception has changed in last couple of years. What has brought this shift in perception, in your opinion?

HAP: I would think that is more than two years since this perception has changed. In fact, since the original observations in India in 2005, taken at that time with certain skepticism, we have now ample evidence that P. vivax can cause severe disease; in fact, there are now several publications from different endemic regions undisputably demonstrating clinical severity exclusively associated with this species; yet, it is very important to mention that in a postmortem analysis of people that died with diagnosis of P. vivax and fulfilling the WHO criteria for severe disease, the presence of other comorbid medical conditions was observed in several autopsies. Thus, the exact extent of clinical severity and death exclusively associated with P. vivax requires larger studies excluding this confounding clinical factor. Worth of mentioning, until few months ago, P. vivax was defined in the wikipedia as a benign malaria; nowadays, however, they now acknowledge that this human parasite can cause severe disease and even death. This represents a major step in changing the general public perception of P. vivax as a benign human malaria.

Q: Would you mind to mention some of the advances made in the field of P. vivax research? How do you think these advances would help malaria elimination?

HAP: The landmark publication of the genome of P. vivax in 2008 paved the way for the postgenomic research area of this species allowing OMICs, molecular and epidemiological studies, all significantly contributing to malaria elimination. However, I would like to mention four areas of research that in my opinion are worth highlighting here. (1) Increasing reports of P. vivax infection in Duffy-negative individuals in sub-Saharan Africa indicate that this species needs to be now considered in the elimination agenda in this continent. (2) Hypnozoites contribute significantly (70-80%) to the burden of P. vivax and represent one of the biggest challenges for malaria elimination. Recent technological advances in in vitro culture system of human hepatocytes and animal models, including a humanized mouse model sustaining hypnozoite formation and reactivation of hypnozoites, have allowed to obtain first transcriptomes of individual hypnozoites, the development of screening methods to discover new drugs against hypnozoites, and the search for biomarkers of latent liver infections. (3) Different data have suggested the existence of non-hypnozoite cryptic infections in P. vivax and recent published data support the existence of such infections in the bone marrow and the spleen. Of importance, parasites in these niches seem to be protected from the effects of antimalarial drugs. Therefore, research pursuing the identification of molecular players and biomarkers of these infections, as well as alternative strategies to eliminate them should now be considered in the agenda of malaria elimination. (4) After decades of unsuccessful attempts, a colony of Anopheles darlingi, the most important vector for P. vivax transmission in the Amazon basin, has been established. This opens new avenues for studies of vector biology and vector-parasite interactions in low transmission settings target for elimination.

Q: Evidence suggests that P. vivax presents great research challenges, as in vitro culturing is not feasible and functional assays are heavily limited. What approaches are considered to overcome these hurdles?

HAP: The development of a continuous in vitro culture system for blood stages represents a major bottle-neck of research and over one-hundred years of research has been unsuccessfully dedicated to develop such system.  Initial optimism was raised by the development of such culture system using reticulocytes obtained from the blood of a hemochromatosis patient. Unfortunately, this method had never been reproduced independently from other groups and the use of other reticulocyte sources have failed to sustain the exponential growth of the parasite. Nowadays, the use of immortalized human cell lines capable of expanding and differentiation into reticulocytes, reverse genetic approaches to express particular molecules involved in invasion into mature red blood cells and the search for field strains with better capacity to grow in vitro, all are new efforts to develop such system. In this sense, the use of the humanized mouse model for hypnozoites is also making a major contribution to reach this goal as it was recently shown that this model sustains the whole cycle of P. vivax including hypnozoite formation, asexual blood stage development and production of gametocytes capable to infect mosquitoes.

Q: P. vivax drug resistant strains have emerged requiring better treatments and tools to assess antimalarial efficacy and drug susceptibility. In your opinion did we advance toward new tools to handle this situation? If not, how drug resistance can be handled?

HAP: Although drug resistance against asexual blood stages has indeed emerged in P. vivax strains worldwide, the extent of such resistance for most endemic regions is not fully documented or measured. For instance, the combined treatment of chloroquine and primaquine is still effective in many parts of the world and therefore the extent of chloroquine resistance in these areas is confounded by primaquine which also kills schizonts. Regardless, drug resistance in South-East Asia has already changed the first-line treatment of P. vivax from chloroquine/primaquine to ACT in countries such as Papua, reinforcing the need for continuing a pipeline for drug discovery against this species. Unfortunately, due to the lack of the in vitro culture system for blood stages, analysis of drug resistance relies on tests requiring field isolates with the major caveats of limitations and reproducibility in these assays. The use of reporter transgenic lines of P. falciparum expressing different genes involved in drug resistance is another approach; yet, it is cumbersome and not straightforward as most mechanisms of drug resistance in P. vivax are not fully elucidated. Therefore, innovative screening assays for drug discovery against asexual blood stages, similar to the ones developed for drug screening against hypnozoites, are needed. Alternatively, drug-targeted delivery through nanotechnology is now being pursued to overcome drug resistance.

Q: P. vivax radical cure requires the administration of combination therapy and is critical for reducing malaria burden. What do you think are the key operational challenges for national malaria programs when implementing radical cure, and how can these be overcome?

HAP: Radical cure for P. vivax requires the use of antimalarial drugs targeting liver and erythrocytic stages. Unfortunately, the main stake drug for killing hypnozoites, primaquine, causes hemolysis in patients with a deficiency in glucose-6-phosphate dehydrogenase (G6PD) activity. Moreover, guidelines from WHO recommend a 14-days treatment which is often not completed. Tafenoquine, another 8-aminoquinoloine recently shown to have a non-inferiority effect in killing hypnozoites when used in a single dose, thus facilitating radical cure, also causes hemolysis in G6PD deficient patients. One of the major challenges for radical cure of P. vivax is therefore the diagnosis of G6PD deficiency in human populations. Individuals with such deficiency and vulnerable populations presently excluded from primaquine/tafenoquine treatment, such as pregnant women, will require an alternative treatment to eradicate P. vivax. Discovery of new antimalarial against hypnozoites that can be incorporated in ACT treatments therefore remains a key research priority for malaria elimination.

Q: How would you say the current pandemic of COVID-19 will affect P. vivax research?

HAP: This is a timely and highly relevant question. In a key modelling study published on the World Malaria Day (23rd April) this year, WHO and collaborators showed under different scenarios the disastrous consequences of interrupting malaria control measurements in Africa. In fact, under the worst scenario, it was predicted that we will go back to mortality rates reported in 2000. In the case of P. vivax, only two studies on the effect of co-infections with Covid-19 have been reported. Both represent isolated clinical cases, one speculating with no supporting evidence that the cytokine storm generated by Covid-19 could have caused hypnozoite reactivation. The other correctly calling the attention that Covid-19 symptoms are similar to P. vivax, reinforcing the need for accurate malaria diagnosis during this pandemic. Unfortunately, Covid-19 is greatly affecting the economy of developed countries and thus it is likely that funding for P. vivax research will shrink. This will represent another thread for malaria elimination as experts agree that due to its unique biology, P. vivax will be the last human malaria parasite to be eliminated.

Q: In your opinion, when will it be available a high efficacy vaccine against P. vivax malaria?

HAP: Discussing highly efficacious vaccines in P. vivax is not trivial as the most advanced vaccine candidates that have entered human clinical trials, VMP001/AS01 (against erythrocytic stages), PvDBP-RII (against asexual stages), and Pvs25 (transmission blocking), all have demonstrated the difficulties ahead. VMP001/AS01 failed to confer protection upon challenge; two PvDBP-RII trials showed good safety profile and immunogenicity but its efficacy remains to be determined; moreover, this vaccine is now threatened due to the increasing reports of P. vivax infections in Duffy-negative individuals; Pvs25 trials have to be interrupted due to unexpected adverse effects. Thus, efforts are now being pursued to discover new antigens for vaccination using, for instance, high-through put immunological profiling. Structural-vaccine approaches to map strain-transcending immunogenic epitopes are also promising approaches for generating new vaccine candidates. In addition, the use of novel vaccine platforms tailored to deliver the antigen to antigen presenting cells also promises to increase efficacy of vaccines. Moreover, P. vivax-infected reticulocytes are capable of eliciting CD8 T cell responses, thus opening the possibility of having vaccine candidates against erythrocytic and asexual blood stages eliciting both humoral and cellular protective immune responses. What is clear from the above summary is that a highly efficacious P. vivax vaccine is still far from being available and that efforts should be oriented to generate multivalent and multi-stage vaccine candidates.  Yet, the unprecedented timing to reach Phase III trials of Covid-19 vaccines, opens a huge window of opportunity for accelerating human clinical trials of malaria vaccine candidates contributing to its elimination.

Prof Hernando A. del Portillo joined  the Barcelona Institute for Global Health (ISGlobal) as an ICREA Research Professor in 2007 and more recently co-ascribed to the Germans Trias I Pujol Research Institute (IGTP). He is presently the President of the Grupo Español de Investigación e Innovación en Vesículas Extracelulares (GEIVEX) and Co-Founder of Innovex Therapeutics SL, the first Spanish Spin-off using EVs in vaccine and diagnostics ‘development.