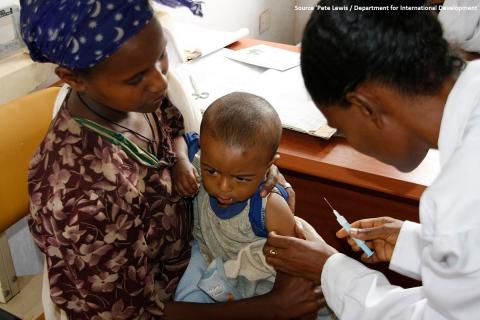 The first-generation vaccine RTS,S/AS01 (RTS,S) is the first, and to date, the only vaccine to show partial protection against malaria in young children. Early development of the vaccine began in 1984 and its efficacy in young children was first shown in 2004. Between 2009 and 2014 the efficacy was proved through a large-scale phase 3 trial.

After a thorough review of the clinical trial results, the RTS,S vaccine received a positive scientific opinion from the European Medicines Agency (EMA), followed by a call for pilot implementation in three to five settings in sub-Saharan Africa by the WHO's Strategic Advisory Group of Experts (SAGE) on Immunization and the Malaria Policy Advisory Committee (MPAC).

Therefore, the vaccine will be evaluated for use as a complementary tool that could be added to (and not replace) the core package of existing preventive, diagnostic and treatment measures in Ghana, Kenya, and Malawi. These three countries will provide the malaria vaccine to young children in selected areas through everyday, public health services.

You can read more here.