In some countries, malaria is a year-round disease, and transmission is high. WHO has recommended the use of intermittent preventive treatment in infants (IPTi) – now called perennial malaria chemoprevention (PMC) – in these countries since 2010. But until recently, only one country, Sierra Leone, had adopted this strategy. Additional experience and evidence over the last decade have informed the updated guidance.

The original recommendation stated that three doses of the drug SP should be given only at 2, 3 and 9 months of age through the expanded programme on immunization (EPI), timed with the 2nd and 3rd doses of the DPT/Penta and measles vaccines.

The new recommendation removes this tight specification for the number of doses, as well as the ages at which they should be given. It also extends the target age group to include children beyond the first year of life in places where the burden of severe disease is high.

The original guidance suggested that SP should only be used for chemoprevention if parasite resistance, measured using molecular markers, was below a certain threshold. However, the accumulated evidence shows that SP continues to be an effective chemotherapy for malaria even when the prevalence of molecular markers of SP resistance is high and this medicine is no longer an effective treatment. As a result, the new recommendation has removed restrictions on the use of SP based on prevalence of Pfdhps 540 mutations.

To support decision making at the country level, each WHO chemoprevention recommendation is accompanied by a summary of available research evidence, an explanation of how this was used to inform the recommendation and practical information on key considerations for implementation. WHO will continue to develop or revise implementation guidance documents to support national malaria programmes in the adoption, adaptation and implementation of the updated recommendations. 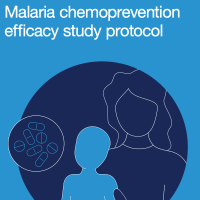 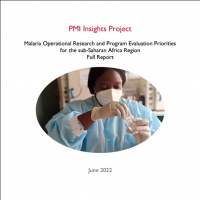