Malaria: From Innovation to Eradication: Day 1 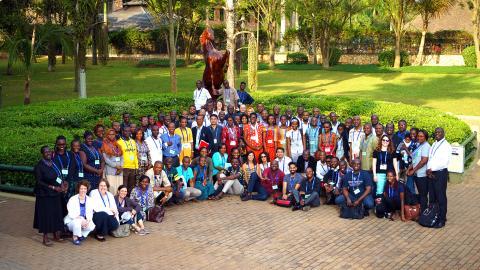 Pre-Meeting Workshop for Global Scholars Shines the Spotlight on Surveillance

The Keystone Symposium meeting “Malaria: from Innovation to Eradication” in Uganda has kicked off with the pre-meeting workshop for Global Scholar Awardees, funded by the Bill & Melinda Gates Foundation. The workshop was organized to welcome and congratulate the 55 researchers from affected-countries selected for a travel award, plus the 40 scientists from Uganda that also received support to attend the conference.

Although the three workshop lectures covered very different topics, they all had one common denominator: surveillance.

The first talk by Moses Kamya (Makerere University School of Medicine, Uganda) introduced current malaria surveillance methods and metrics, and their use for measuring the impact of interventions, with examples from Uganda. He pointed out strengths and weaknesses of the various metrics. For example, parasite prevalence will vary according to the population sampled and the method of detection used (PCR being able to detect sub-microscopic parasitemia). Test positivity rates will vary depending on who seek care in the health clinics and the frequency of fever caused by other agents. He showed how these metrics have allowed evaluation of the impact of indoor residual spraying (IRS) in Nagongera, Uganda, where a dramatic reduction in symptomatic malaria was observed, but the reservoir of parasitemia, as measured by PCR, remained high.

Krijn Paaijmans (Barcelona Institute for Global Health, Spain) talked about the major contribution of effective vector control interventions (long lasting insecticidal nets (LLINNs) and IRS) in decreasing malaria prevalence worldwide. On insecticide resistance, he presented data from Southern Mozambique, where currently only 15% of mosquitoes die when exposed to pyrethroids as compared to 100% in 2002. He talked about residual malaria transmission, defined as persistence of transmission despite high coverage and quality of vector control measures and how it can be explained by the variety of vectors as well as changes in when, where and on whom the mosquito feeds, as well as changes in human behaviour. For example, mosquitoes biting early in the evening, or feeding or resting outside houses, or feeding on animals may help maintain transmission despite high IRS and LLIN coverage. To capture these trends and decide what tools to use, adequate and regular entomological surveillance is key.

“The take home message is that mosquito control is difficult and complex and can only be achieved with adequate and regular surveillance. The entomologists should take more responsibilities.”  Krijn Paaijmans

Sarah Volkman (Harvard T.H. Chan School of Public Health, USA) explained how genetics help us understand malaria and can contribute to surveillance. She gave an overview of genetic markers and approaches used to identify drug resistant loci. Molecular barcoding of parasites, using genes that express major and minor alleles, is a very useful tool to fingerprint parasites. It can help infer changes in transmission dynamics and predict what will happen in case of transmission reduction and rebounds. For example, as malaria transmission decreases, evidence from barcoding studies indicates that there is an increase in co-transmission of parasites (two different parasite types being transmitted by the same mosquito). It can also help assess the impact of interventions, such as LLINs (where all parasite types are expected to be affected), vaccines, or mass drug administration (where a few types may become predominant). Barcoding is also helping track parasites in space and time, and investigate the source of new infections and outbreaks, as well as of asymptomatic infections.

Each one of the lectures generated a great number of questions and discussion with the participants, which is one of the aims of the workshop.

We are sending daily posts from Kampala, Uganda, during the week-long Keystone Symposia meeting, 'Malaria: From Innovation to Eradication', organized in collaboration with MESA. Additional funding was given by The Bill & Melinda Gates Foundation and the US NIH/NAIAD. This blog was posted simultaneously on ISGlobal's blog, the Malaria World website, and the MESA website. 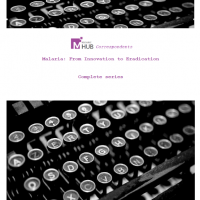 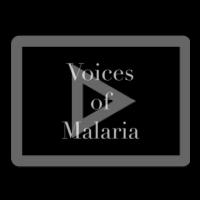