In collaboration with ASTMH, Image Audiovisuals, and session presenters, MESA brings you this webcast from the 68th ASTMH annual meeting in Maryland, November 2019

Malaria infection is still one of the major causes of deaths in populations of the African continent. The global tally of malaria deaths lingers around 400,000-500,000 deaths annually. Since 2000, the incidence of malaria has reduced by 17% and mortality rates by 26%, giving hopes for a possible control towards elimination. Although malaria case incidence has fallen globally since 2010, the rate of decline has stalled and even reversed in some regions. Mortality rates have followed a similar pattern. National Malaria Programs and researchers still battle a plethora of challenges ranging from case management, transmission dynamics, insecticide and drug resistance, requiring innovative approaches. Presumptive treatment is still syndromic in most health establishments. Treatment is frequently interrupted by drug stock outs and systemic dysfunctions of the health sector. With the known 450 anopheles species, of which 60 can potentially transmit malaria, resistance to insecticides has become a worrisome undertaking for malaria control programs in the face of other control program difficulties of effective interventions and environmental hygiene. Besides there is great genetic diversity and a changing epidemiology of resistant parasite populations. The malaria control programs manage these bottle necks amid weak heath systems and are still faced with malaria case management inadequacies and poor mass drug administration. Combination options such as with drugs and vaccines or the identification of the anopheline metabolic resistance biomarker in Cameroon, may provide new insights into control efforts. These innovations, in addition to other solutions to overcome programmatic challenges, is being debated as an Africa-led leadership approach towards malaria elimination. The goal of this symposium is to provide African research leaders’ perspectives on challenges and ways to circumvent programmatic challenges for malaria elimination. The specific objectives are: i) to demonstrate the importance of a holistic approach to malaria elimination in Africa; ii) to outline the challenges encountered by National Malaria Control Programs in Africa in vector control, parasite resistance amid mass drug administration, and programmatic related issues; and iii) to propose solutions and directions for further consideration in interventions towards malaria elimination. 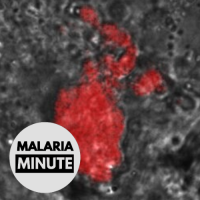 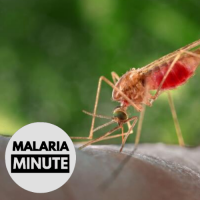 University of Sciences, Techniques and Technologies of Bamako (USTTB), Mali