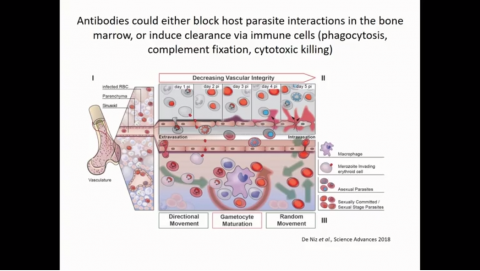 The large audience attracted to the symposium on ‘Transmission Blocking Immunity: from Biology to Interventions’ heard five presentations, each containing some original unpublished data.

The role of naturally acquired infections in stimulating immunity that reduces transmission has been the subject of great debate.

Will Stone showed that antibodies produced following natural exposure, when affinity purified against established vaccine candidates Pfs230 and Pfs48/45 then added to gametocytes in vitro, were capable of blocking transmission. Responses to novel gametocyte antigens were detected by protein microarray and antibody prepared in the same way also reduced mosquito infection rates. Early results from mouse immunization studies confirmed that some of these newly identified proteins may be viable targets for vaccine development.

Matthias Marti presented a comprehensive assessment of naturally acquired responses to antigens that are present on the surface of gametocyte-infected red blood cells. Such antigens were detected on the red blood cell membrane for early developing gametocytes but not mature gametocytes. Naturally acquired antibody responses to these antigens were associated with phagocytosis of gametocyte-infected red blood cells and with reduced gametocyte burden during natural infections. Genetic analysis revealed minimal variation of key antigens across strains, supporting their further examination as vaccine candidates.

Arianna Marini presented progress on the characterization and expression of established and novel Transmission Blocking Vaccine antigen candidates. In addition, she presented promising tools to enhance immune responses generated by such antigens, including a novel approach with the decoration of Virus Like Particles by Plug-and-Display technology.

This report was written by Teun Bousema with editorial support from Professor Graham Brown. 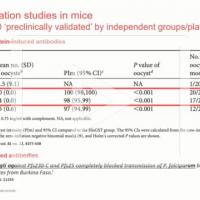 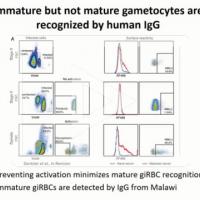 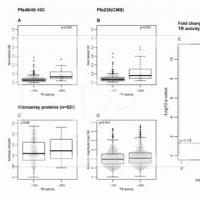 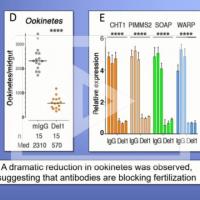 A controlled, parallel, cluster-randomized trial of community-wide screening and treatment of asymptomatic carriers of Plasmodium falciparum in Burkina Faso