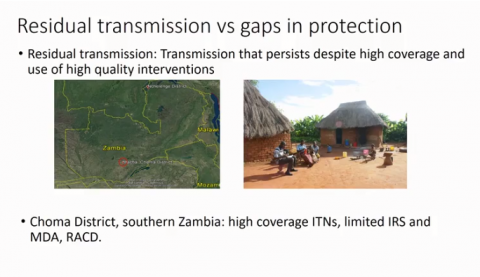 Session 175 of the 66th Annual Meeting was about Mosquito Transmission and Interruption. The talks in this symposium focused on the role of mosquitoes in malaria transmission and ways transmission can be controlled and interrupted.

Guofa Zhou from the University of California at Irvine, United States and the Kenya Medical Research Institute, Kisumu, Kenya, gave a presentation on malaria transmission at three sentinel sites in Western Kenya from 2002 to 2016: the resurgence and causality analysis. This study focused on identifying causes for sustained malaria transmission and resurgence in three villages in Kenya, which had all received three rounds of LLIN (Long Lasting Insecticide-treated Nets) distribution. Methods included modelling malaria prevalence and vector densities. The results showed that changes in malaria prevalence over time were almost entirely due to the mass distribution of new LLINs, insecticidal decay effect and loss of net physical integrity, while changes in vector density were most affected by insecticide resistance, climatic factors and mass distribution of LLINs. He concluded that the distribution of new LLINs to replace old nets remains a useful malaria control strategy in areas with moderate insecticide resistance.

Anais Bompard from the Institute of Research for Development (IRD) in Montpellier, France, presented on High Plasmodium falciparum oocyst loads in naturally infected mosquitoes in Africa. In this study, they collected mosquitoes, parasites in mosquitoes, and parasites in the human population to better understand malaria transmission in two villages in Burkina Faso. The study found that oocyst load in naturally infected mosquitoes was higher than expected and some mosquitoes were seen with an 'extreme' oocyst load (5% had more than 50 oocysts and 2% had more than 100 oocysts). They calculated between 5 and 18 oocysts per infectious bite in the study villages. They also found an association between parasite exposure and malaria prevalence in humans, although more data are needed from different study sites.

Carlos Chaccour from the Barcelona Institute for Global Health (ISGlobal), presented results on targeting cattle for malaria elimination: marked reduction of Anopheles arabiensis survival for over six months using a slow-release ivermectin formulation. Ivermectin is an endectocide and its potential impact on malaria transmission is mostly driven by its permanence in the blood which mosquitoes feed on. The study demonstrated that veterinary slow-release formulations can safely deliver ivermectin concentrations for over 6 months with a significant impact on mosquito survival, thus presenting a viable option to complement personal protection in malaria elimination efforts. He cautioned that ivermectin could only be used as a complementary method used in combination with personal protective tools.

Cielo Pasay from the Clinical Tropical Medicine, QIMR Berghofer Medical Research Institute in Brisbane, Australia, talked about investigating the activity of the macrocyclic lactones ivermectin and moxidectin against malaria vectors. The aim of the study was to investigate the efficacy of ivermectin and moxidectin against Anopheles farauti, a partially zoophagic malaria vector. Experiments involved injecting pigs subcutaneously with 600 micrograms/kg of the drugs and testing mosquito mortality with direct feeding assays. The findings were that ivermectin was lethal to Anopheles farauti for up to two weeks. Moxidectin, however, was not lethal to mosquitoes in vivo. Cielo discussed the implications of these results, being that ivermectin could be used as a push-pull strategy “where LLINs and IRS (indoor residual spraying) push mosquitoes away from humans, and insecticide zoo-prophylaxis pulls hungry mosquitoes to an alternative death”.

Jennifer Stevenson from the Department of Molecular Microbiology and Immunology, Johns Hopkins Bloomberg School of Public Health in Baltimore, United States, presented outdoor primary and ’secondary’ vectors contributing to residual transmission in Zambia. She presented data from entomological surveillance studying residual transmission in outdoor mosquitoes in Zambia in an attempt to identify their contribution to the continuing malaria prevalence. They identified some outdoors mosquito species not previously expected to act as malaria vectors, and different patterns between Anopheles arabiensis host-seeking behaviour indoors and their activity outdoors. She concluded by sharing some innovative ideas being tested in a semi-field system to control outdoor biting mosquitoes, including evaluating a controlled release spatial repellent and testing the acceptability and efficacy of screening outdoor cooking areas. Further studies are required to fully understand the behaviour of these outdoor species and find ways to control them if malaria elimination is to be achieved. 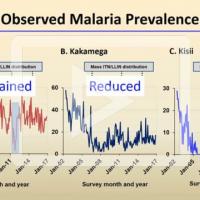 ASTMH 2017, Guofa Zhou: "Malaria transmission at three sentinel sites in western Kenya from 2002 to 2016: the resurgence and causality analysis" 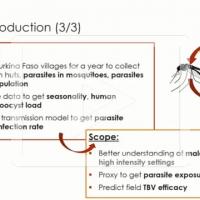 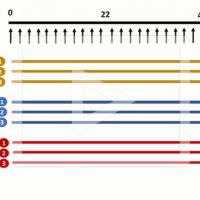 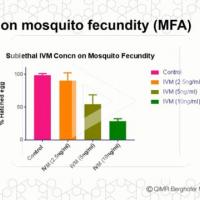 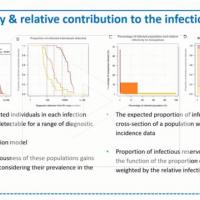 ASTMH 2017, Fitsum Tadesse: "The contribution of symptomatic and asymptomatic infections to the infectious reservoir of Plasmodium falciparum and Plasmodium vivax in Ethiopia" 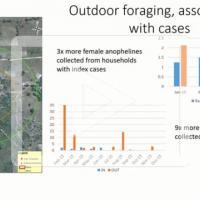