Artemisinin resistant malaria is present throughout Southeast Asia. It has been followed by partner drug resistance in some areas, where artemisinin based combination therapy is now failing. With no new drugs on the horizon elimination of artemisinin resistant P. falciparum may be the only way to prevent further spread. Mass drug administration (MDA) has successfully eliminated malaria in some areas in the past. We conducted a paired cluster-randomised controlled trial to determine the effectiveness of 3 rounds of MDA of dihydroartemisinin-piperaquine plus a single low dose primaquine in addition to routine malaria control activities as part of a pilot project to speed up malaria elimination. The study assessed the feasibility, acceptability, safety and its effect on malaria. Malaria prevalence was assessed using ultrasensitive PCR before and 3, 5, 10 and 15 months after MDA. Sixteen clusters (population 8721) were enrolled, paired and randomised. MDA coverage was 90%(4164/4622). It was well tolerated with few (151), mostly mild, adverse events reported. P. falciparum prevalence dropped from 14.2% at baseline to 1.4% (p<0.001) 3 months post MDA in the intervention group, while it dropped from 15.6% at baseline to 10.4% in control villages in the same period. Over time the difference in malaria prevalence between MDA and control clusters diminished, possibly as a result of migration and re-introduction of new infections from neighbouring villages where MDA was not provided. Kelch 13 mutations associated with artemisinin resistance comprised 57% (54/94) of samples at baseline and 54% (7/13) at month 3 post MDA. MDA can be considered safe and effective to reduce P. falciparum prevalence in low transmission areas with artemisinin resistance. 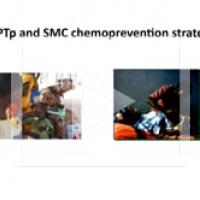 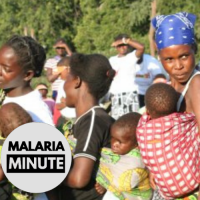