Reactive case detection (RCD) with targeted mass drug administration (tMDA) was previously found to be an effective strategy to support malaria elimination initiatives in Tumbes Peru, a region with a predominance of vivax malaria. We assessed the effect of RCD/tMDA on malaria incidence in intervention areas of Tumbes and the surrounding region of Piura. A pilot malaria elimination program based on RCD/tMDA was rolled out in the two most highly malaria-endemic districts (nine reporting units) in Tumbes from 2009-2010 and then scaled up to 11 additional districts (34 reporting units) from 2011-2014. Non-intervention areas in Piura were evaluated from 2011-2016. Malaria cases were passively detected, and followed-up within 24 hours together with household contacts (excluding elders, pregnant women, and chronically-ill subjects). The primary study endpoint was a temporospatial reduction in weekly parasite incidence (WPI = total malaria cases per week/ 1,000 inhabitants) across all reporting units, analyzed by proximity to the intervention area’s reporting unit. During the study period (2009-2014) we analyzed a total of 9102 autochthonous malaria cases. During the pilot program we estimated a mean reduction in WPI across Tumbes intervention areas of 99% (97−100) and 85% (77−94) at 12 and 24 months (m), respectively; and non-intervention areas of 34% (27−40) and 86% (76−93) at 12m and 24m, respectively. During the same period, we estimated a mean reduction in WPI at the near, mid and far range Piura districts of 63%, -73%, and -420% at 12m, and 91%, -126% and 91% at 24m, respectively. After scale up, we found a negative association between the mean WPI reduction and proximity to intervention area across the Piura districts, at both 24m (p=0.04) and 48m (p<0.01). During years 2015 and 2016, neither area in Tumbes nor in Piura has reported any autochthonous malaria cases. The RCD/tMDA strategy has shown to effectively interrupt malaria transmission in the Piura region and may support malaria elimination initiatives in other settings with a high predominance of vivax malaria. 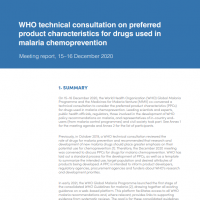 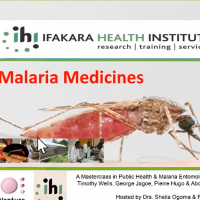