This talk forms part of the Scientific Session on 'Malaria Elimination' at ASTMH. We examined whether the recent dramatic decline in malaria transmission in Sri Lanka led to a major bottleneck in the local P. vivax population, with a substantial decrease in the effective population size. To this end, we typed 14 highly polymorphic microsatellite markers in 185 P. vivax patient isolates collected from 13 districts in Sri Lanka over a period of five years (2003-2007). Overall, we found a high degree of polymorphism, with 184 unique haplotypes (12-46 alleles per locus) and average genetic diversity (expected heterozygosity) of 0.8744. A marginal decline in Allelic diversity (15.4 to 10.9) as well as heterozygosity (0.87 to 0.82) was observed from the 2003-4 to 2006-7 period. Almost 69% (n=127) isolates had multiple-clone infections with no major changes observed over time. Significant spatial and temporal differentiation (FST=0.04 - 0.25; p≤0.0009) between populations was observed. The effective population size was relatively high but showed a decline from 2003-4 to 2006-7 periods (estimated as 45,661 to 22,896 or 10,513 to 7,057, depending on the underlying model used). We used three approaches - namely, mode-shift in allele frequency distribution, detection of heterozygote excess and the M-ratio statistics - to test for evidence of a recent population bottleneck but only the low values of M-ratio statistics (ranging between 0.15-0.33, mean 0.26) were suggestive of such a bottleneck. The persistence of high genetic diversity and high proportion of multiple-clone infections, with little change in effective population size, despite the collapse in demographic population size of P. vivax in Sri Lanka indicates the importance of maintaining stringent control and surveillance measures to prevent resurgence. It also appears that more samples (over decades) might be required to detect the genetic signatures of shrinking malaria transmission. 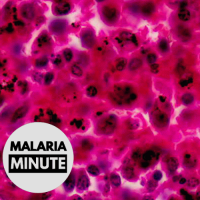 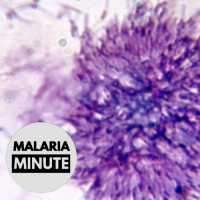