A double-blind, individual randomised trial will be undertaken in children under five years of age living in areas of Burkina Faso or Mali where the transmission of malaria is intense and highly seasonal to determine whether administration of further doses of the malaria vaccine RTS,S/AS01 at the beginning of the malaria transmission until children reach the age of five years is (a) as effective as SMC with SP + AQ in preventing clinical malaria (b) provides additional, useful protection when given together with SMC.

The primary trial end-point will be the incidence of clinical episodes of malaria detected by passive case detection. This is a two year extension of the current RTS,S/AS01 + SMC trial to continue the trial until the study children reach the age of five years, the current age at which SMC is recommended until.

Across the African Sahel and sub-Sahel, where malaria transmission is very high and concentrated in a few months of the year, Seasonal Malaria Chemoprevention (SMC), a malaria control intervention in which children under the age of five years, the group most at risk, are given the antimalarials sulphadoxine pyrimethamine and amodiaquine (SP+AQ) at monthly intervals for four months during the peak malaria transmission season, has proved very effective. However, the delivery of SMC is demanding on the recipient and provider, requiring four contacts each malaria transmission season if anti-malarials are given to mothers to administer at home and 12 contacts if directly observed treatment is employed. In addition, SMC is threatened by the emergence of resistance to SP and AQ and there are currently no other combinations of licensed antimalarials that could be used to replace them. It is likely to be 5-10 years before novel antimalarials under development could be deployed for SMC.

In contrast to SMC, seasonal vaccination with RTS,S/AS01 would require only one visit each transmission season after priming. RTS,S/AS01 may be a little less effective than SMC during the malaria transmission season but this may be balanced by provision of protection during the dry season, when some malaria transmission still occurs and when SMC would provide no benefit. There is, therefore, a need for a comparative study of these two interventions. In some areas where SMC is currently being deployed, and other malaria control interventions such as long-lasting insecticide treated nets used widely, the incidence of malaria in young children remains high (0.4 episodes per year in children under the age of five years in SMC recipients in Burkina Faso). Thus, determining whether RTS,S/AS01 would provide added, useful protection to SMC in such situations is also important. It might also be able to protect some children who, because of side effects, are unable or unwilling to take SMC. 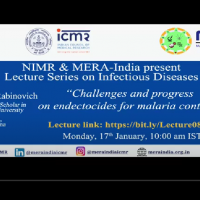 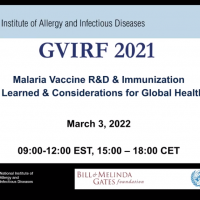